GeoLink is a feature that streams geometry data from Maya to Unreal including vertex positions, topology, normals, UVs, shader names, etc. GeoLink allows you to add any Maya deformers to asset models and sync the deformation in PiView. 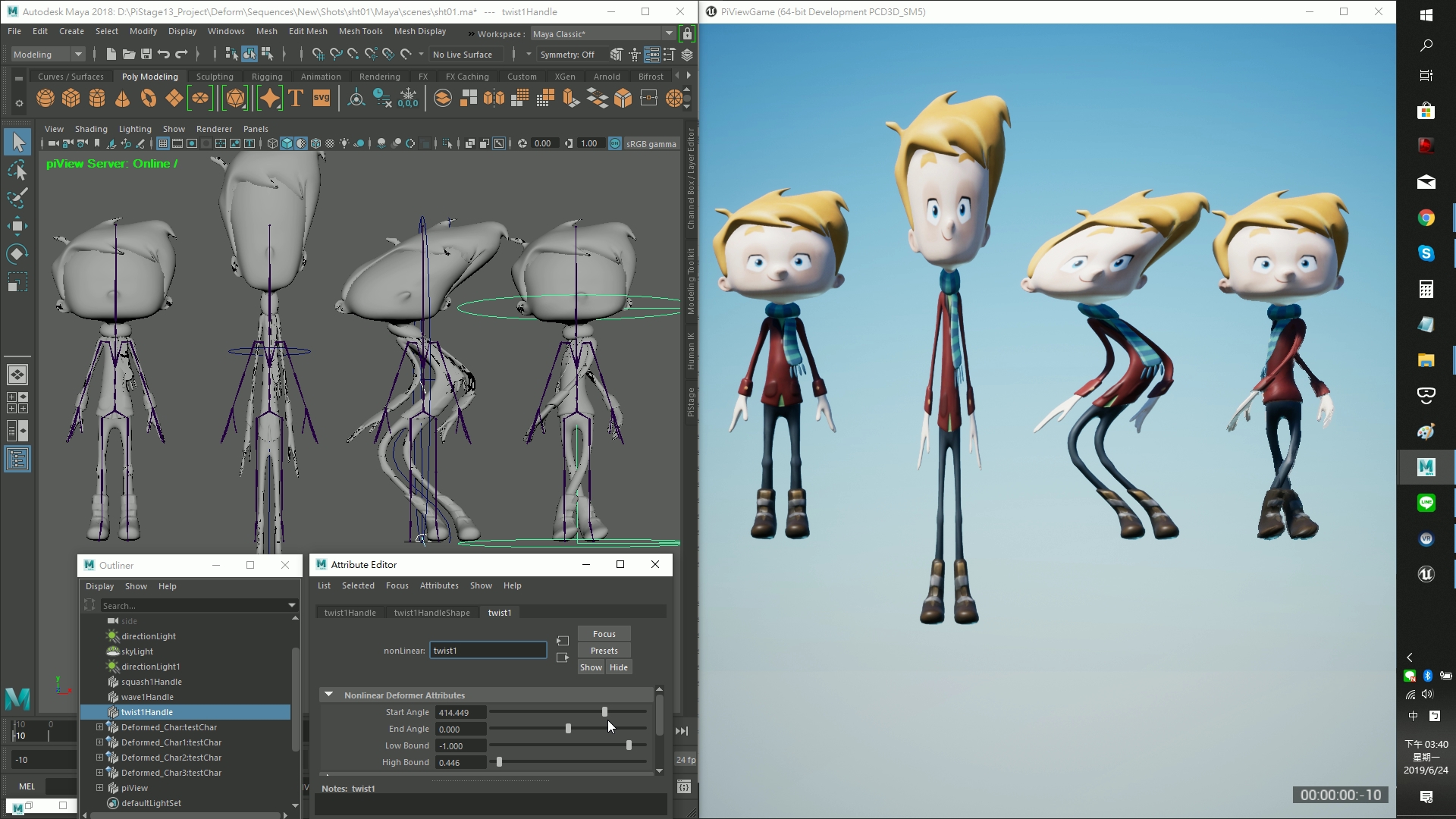 To create a Deformable Asset with GeoLink capability:

Note: every time you add new meshes or assign new materials to the Deformable Asset, you have to convert to make it work properly.

Once a Deformable Asset is added to a shot, you can apply any Maya deformers to the meshes in the asset, or any tools to modify the shapes or topologies of the meshes. You can also set keys to the settings of the tools.

Though Deformable Assets have a lot more flexibility of deformation than Skeletal Assets. Deforming and streaming mesh data are heavier jobs for the system. It is suggested to start with less dense geometries, and smooth the meshes just before converting and rendering the shot. 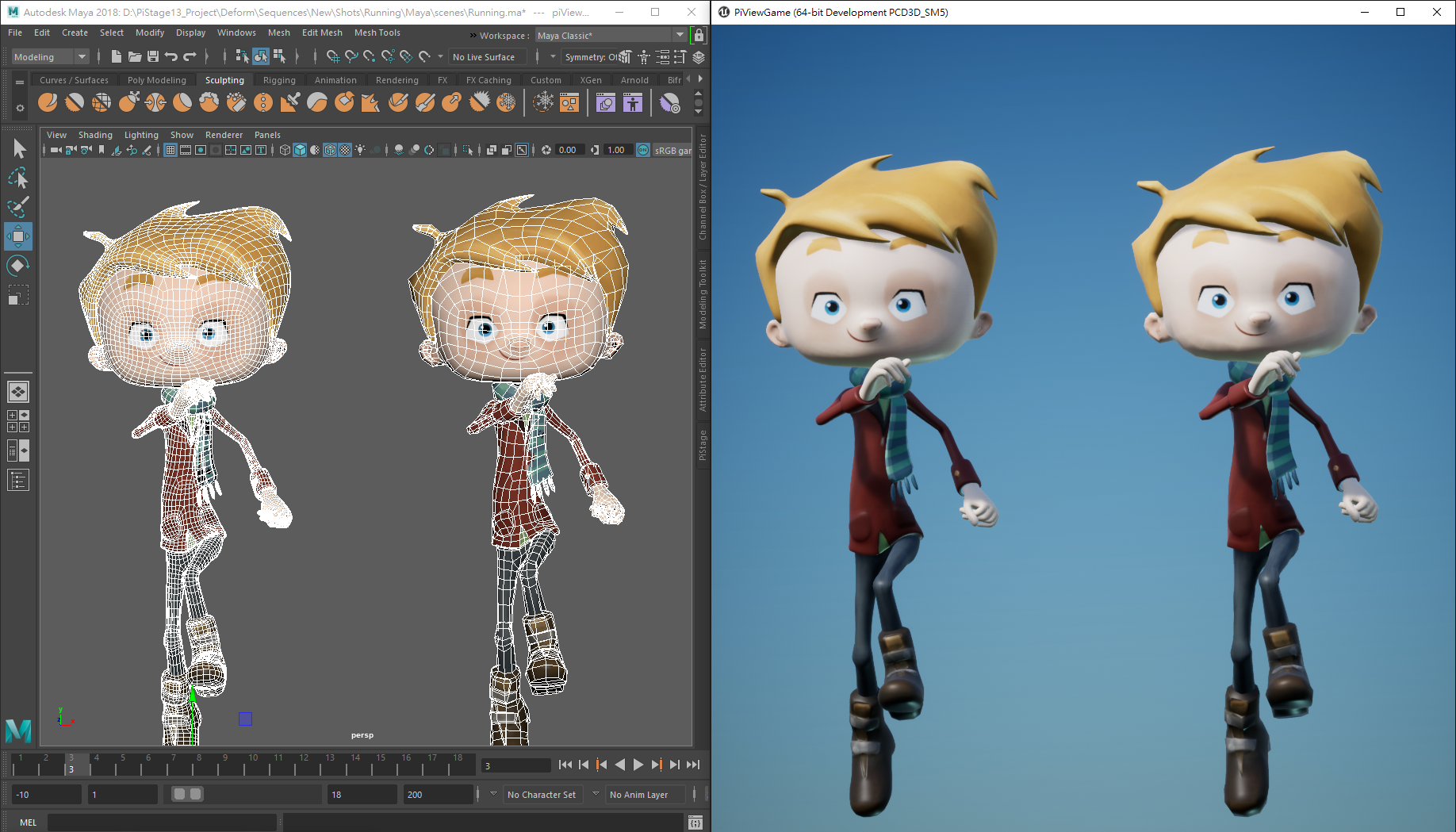 Each Deformable Asset has the following attributes when added to a shot: 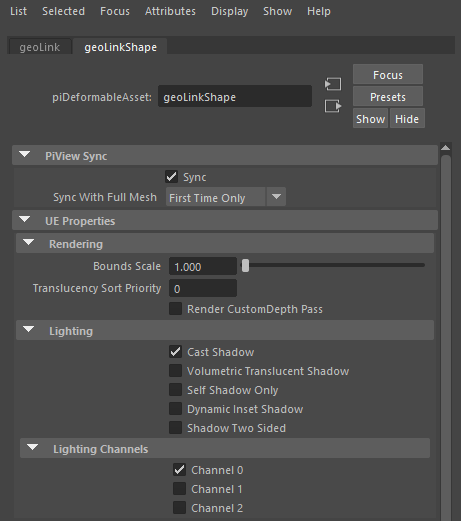 Here are the known issues of GeoLink and Deformable Assets