This tool creates a basic hierarchical structure for a skeletal mesh.

The two inputs are:

Base on this basic structure, you may add joints under “BindSystem”, controllers under “MotionSystem” and meshes under “Geometry” as needed.

Please refer to PiStage Tutorial 05: Check out and Edit a Skeletal Asset and UE4 document: Skeletal Meshes to know more about skeletal assets.

Each Skeletal Asset has the following attributes when added to shots: 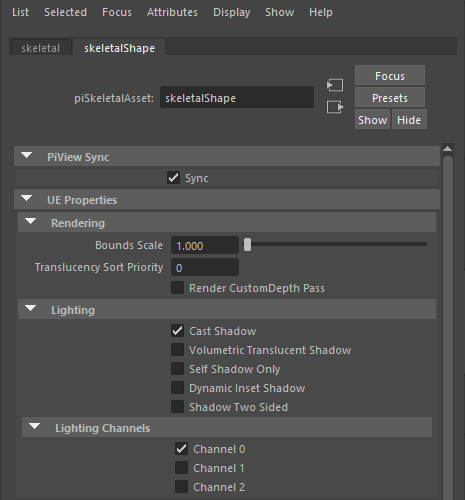